1. ANYANG ST is a small trading company, NOT a power hammer manufacturer.

ANYANG ST established in 2014, registered capital is about USD150,000.00, registered address is room 312 of an old building. Their business scope is sales of forging press machinery, ST is not a manufacturer, they do not have any manufacturing workshop or the required machining equipment. ST does not have permission for manufacturing forging press machine. ANYANG ST has publicly declared they are a manufacturer; this is not a fact. Below is their Business Information: 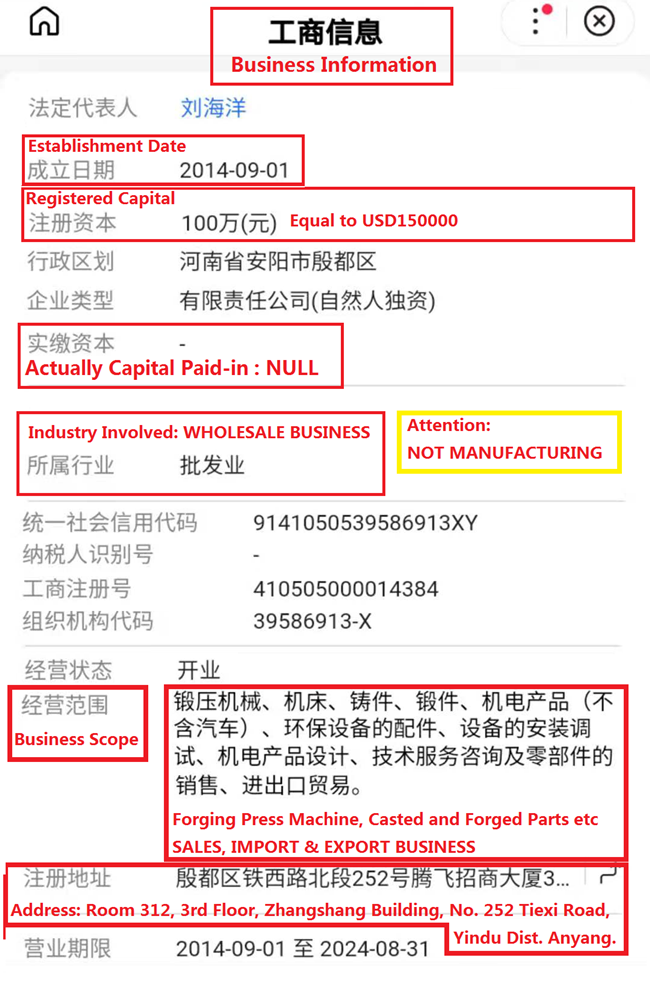 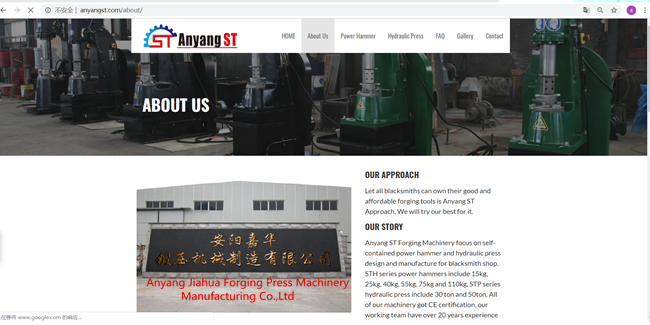 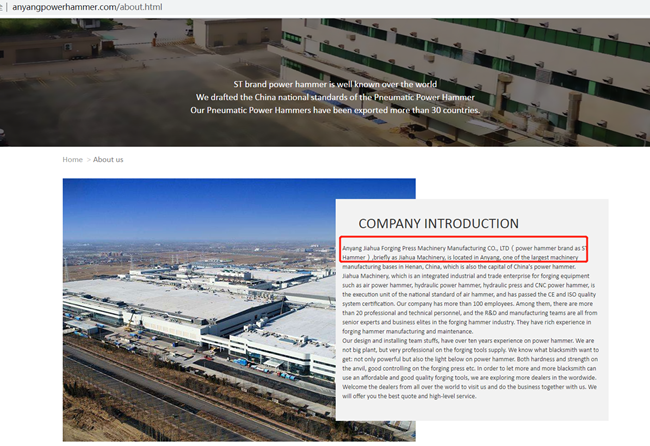 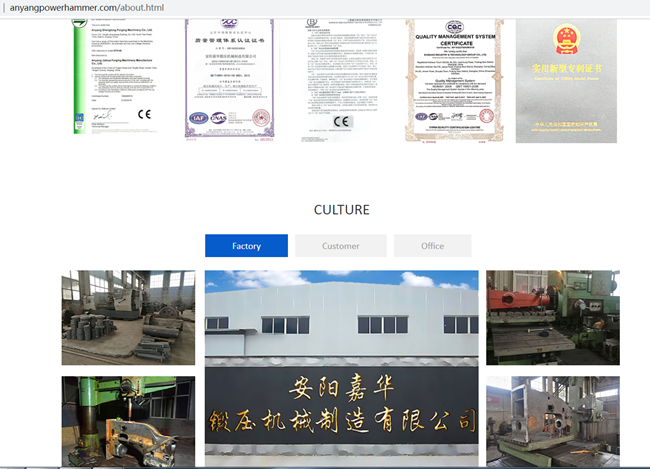 3. Does Jihua have nothing to do with Anyang ST? 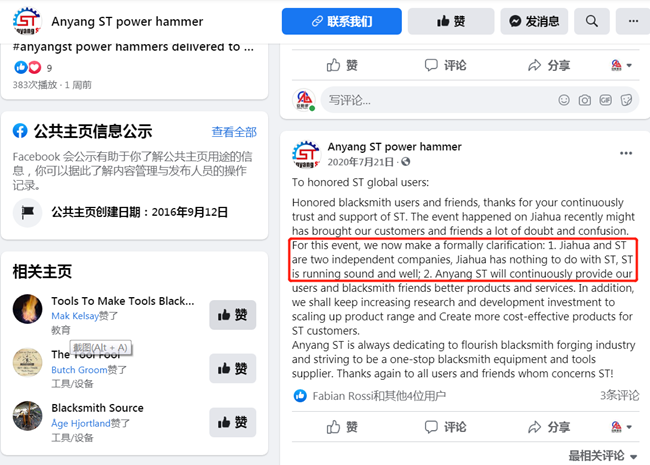 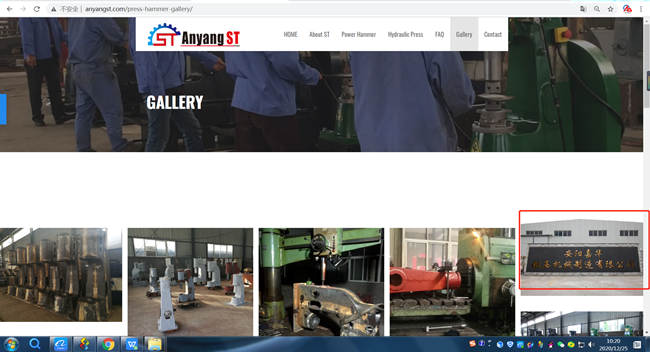 7.The Truth and Reveal Regarding the Declaration of ANYANG ST
ANYANG ST is misleading the public by saying the competition between ANYANG ST and ANYANG AFP is just like the dispute between FORD N series tractor and FERGUSON tractor. Ford and Ferguson had a handshake agreement that was dissolved with a change of Ford management. This is much different. ST was formed by stealing the drawings and intellectual property of AFP.

Anyang ST is a small trading company with only several people and several years of business. They do not have any workshop. They buy the hammers from small forging hammer company. There have been many power hammer companies in China that have come and gone. For many, parts or service are impossible to obtain. AFP has been in business since 1956, has sold well over 1,200 power hammers into the USA alone as well as thousands into over 60 countries around the world. AFP has focused on building the highest quality power hammer at a reasonable cost. We have invested in modern technology and machining equipment. We have focused on improving the hammer with many significant changes since 1956. The most significant was the development of the key out design introduced in 2015. We are dedicated to continuing to improve our product and supporting our customers. We will also use all legal means to protect our design and intellectual property from theft.