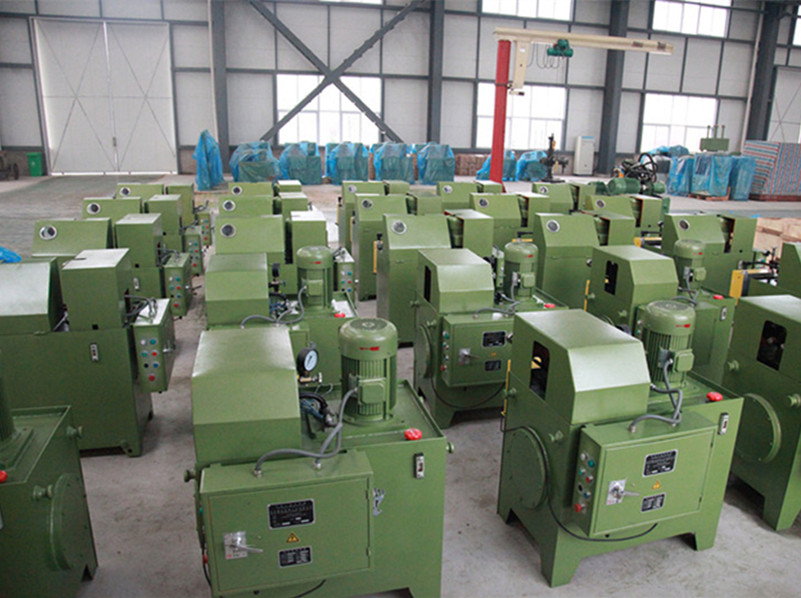 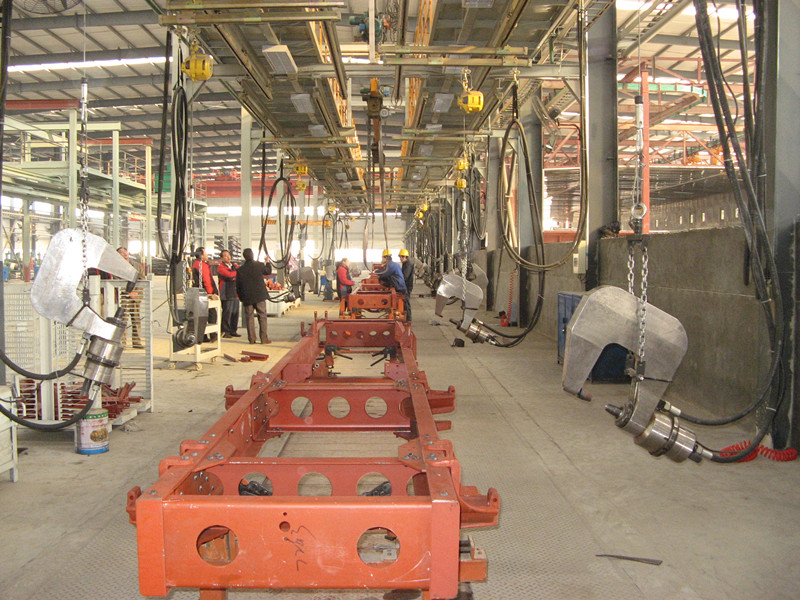 It can be used for punching, press-fitting, print and forming when assembling corresponding device 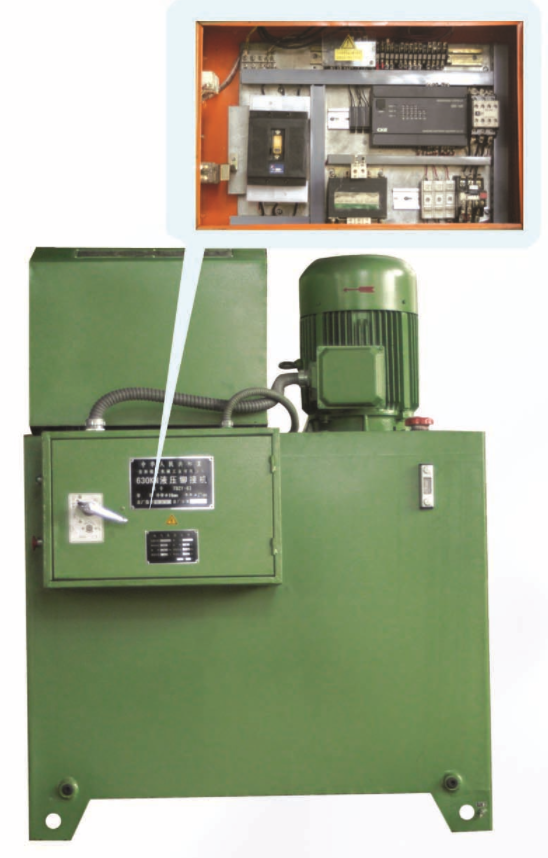 2. The material of rivets is generally Q235 、F l 、F2 or other plasticity material.

3. The length of the rivet is calculated according to the following experience formula. 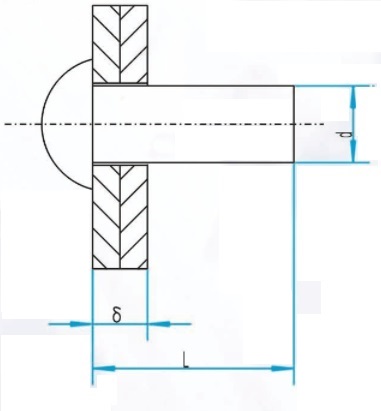 Hot-riveting force is chosen according to the empiric formula：

The hydraulic Riveting Machine consists of the pumping station,  rivet clamp, sling, high-pressure hose, balancer, tackle, slide rail, working oil cylinder, accessories, and so on. The layout and installation are set up according to the requirements of the product line. The detailed install structure is as follows. 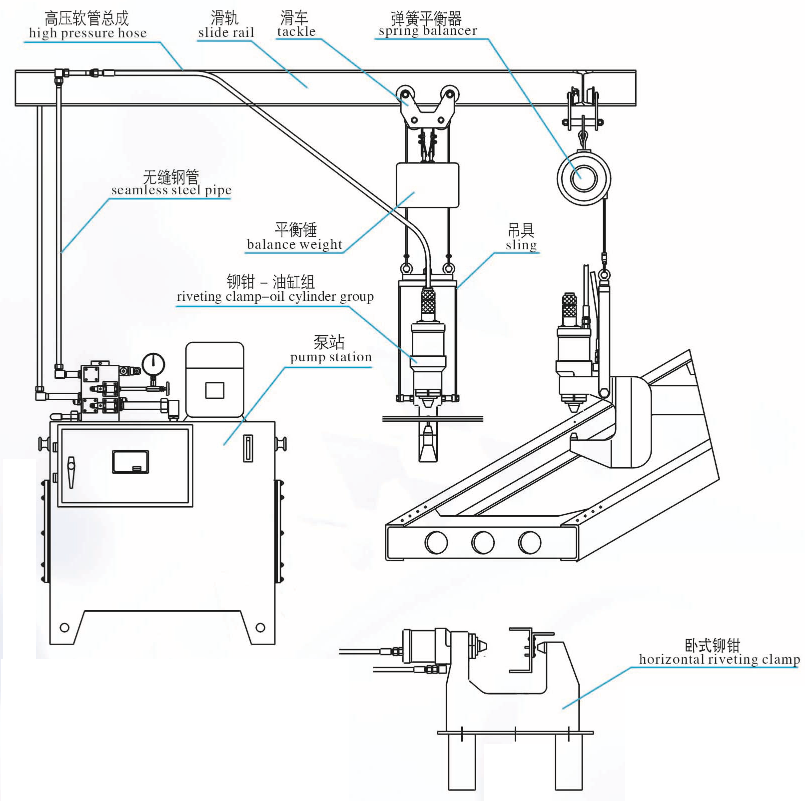 1. The slide rail (16# double iron) and seamless steel pipe are prepared by the users according to their requirements.

2. The balancer of hanging rivet clamp has two kinds: balance weight and spring balancer, the user can choose one of them.

3. The working form of the riveting clamp has two kinds: hanging and horizontal type, and the horizontal type is mainly used in riveting the hanging parts at the two sides of the frame.

The instruction of pump station:

The central control part of a high-speed hydraulic riveting machine is the hydraulic pump station, and its performance influences normal production. We have produced the machines for more than 20 years, so we have accumulated more experience. Because of the development of the automobile industry, machines have developed dramatically During technical innovation in 20 years, the performance has motivated dramatically, the hydraulic system is more stable, and maintenance is more convenient. 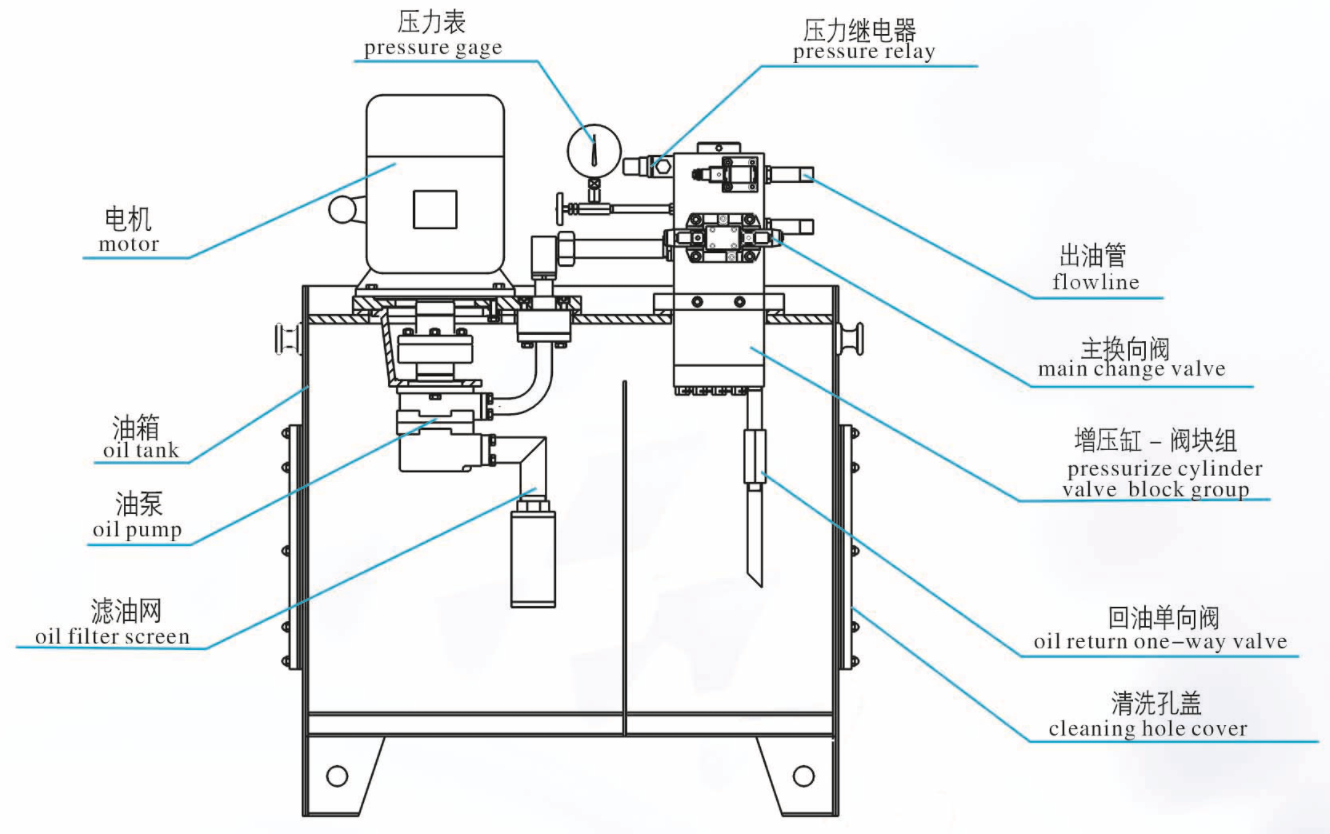 1 、The pressurize cylinder and valve block are identical entities and the volume is too small, and the oil line is too short, this can reduce the leakage and heat, and enhance the longevity

2 、 The system used the mass flow cartridge inserted valve, this

the component has several advantages as follows: mass flow, better leak proofness, anti-pollution,wearproof, and so on

over is stable and the noise is low

5、Electrical control is controlled by PLC, it is stable and easy to modify,

6 、 The design of the hydraulic system is eligible, so the rivet speed is high, and the efficiency is high

7 、 We can install the mass flow air patenting cooler according to the customer's requirements, so it can be used in the tropical region.

8 、 The special machine work equipment ensured the precision of components, stability, and longevity of the machine. 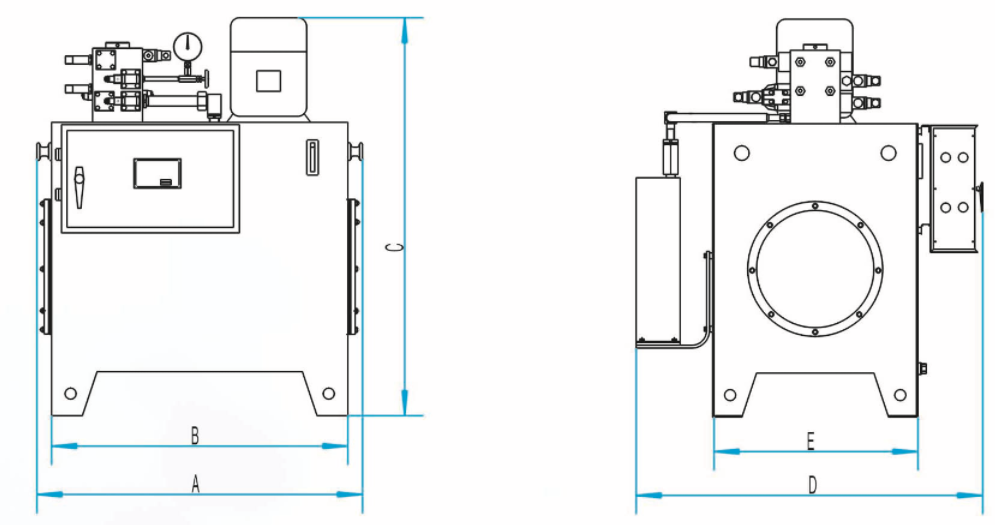 The specification and  outside size of pump station

2. The riveting rate is the same tonnage pump station equipped with the riveting clamp, the go and back per minute of continuous running under the normal le ad 80mm cond 山 on.

- riveting, the user can choose it according to their use condition.

4. There isn't equipped chiller when the pump station.

leave the factory, the user should be prepared according to their work condition.

•In order to suit the various shapes workpiece and the size of the rivet diameter, we make the riveting clamp in series so that the customer can choose. For the special request riveting clamp. you  can  contact our company at any time. 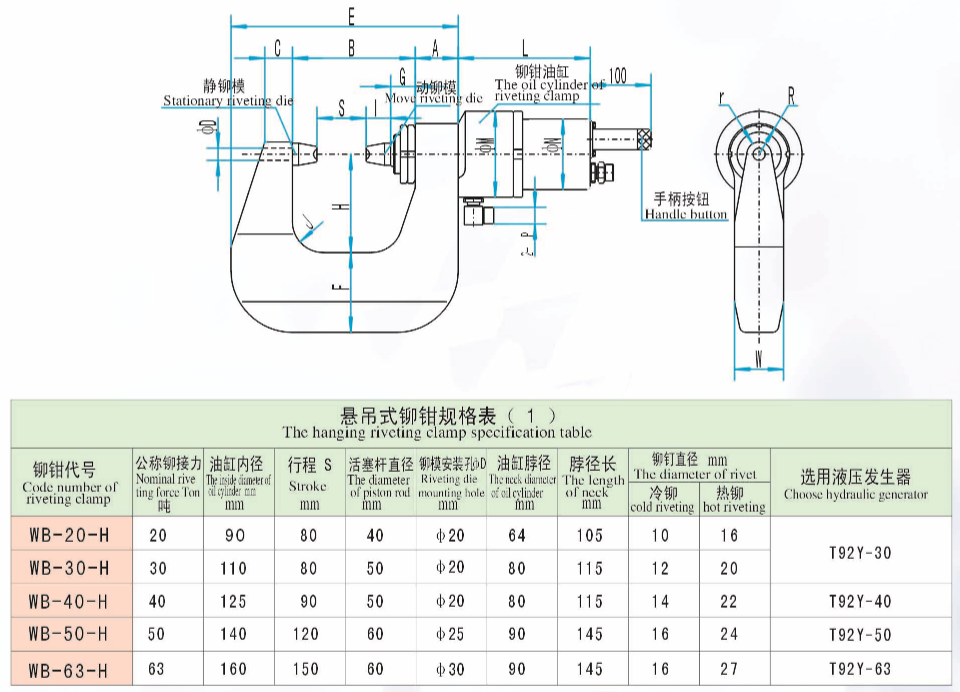 2. Choose the riveting clamp according to rivet diameter 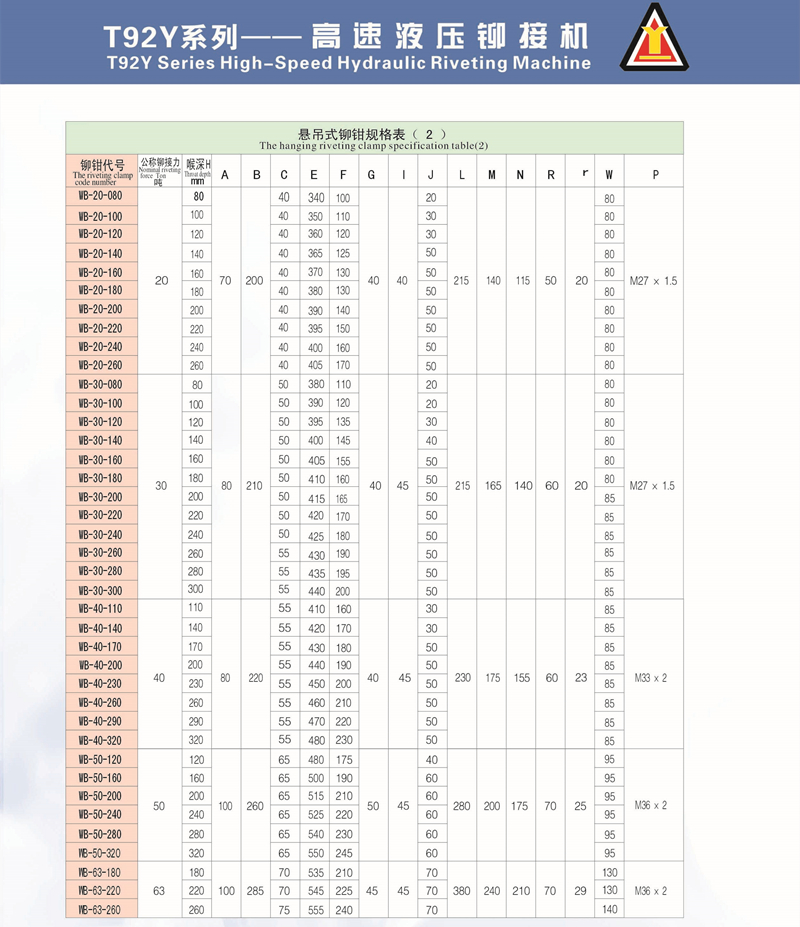 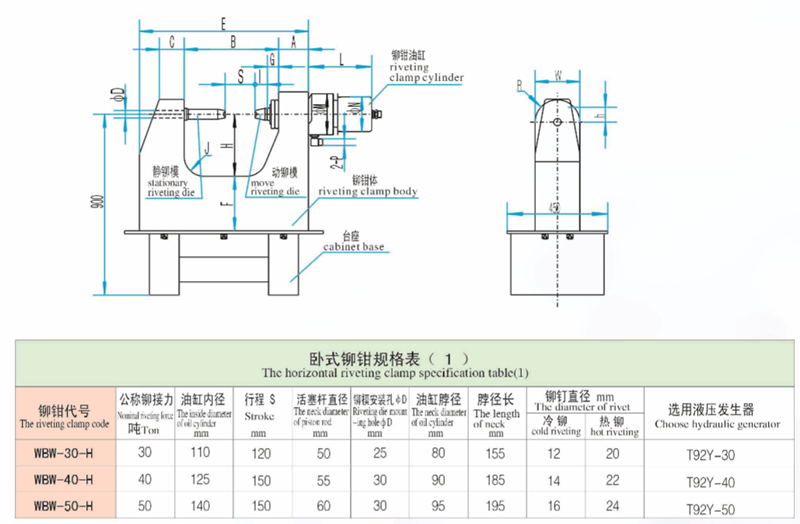 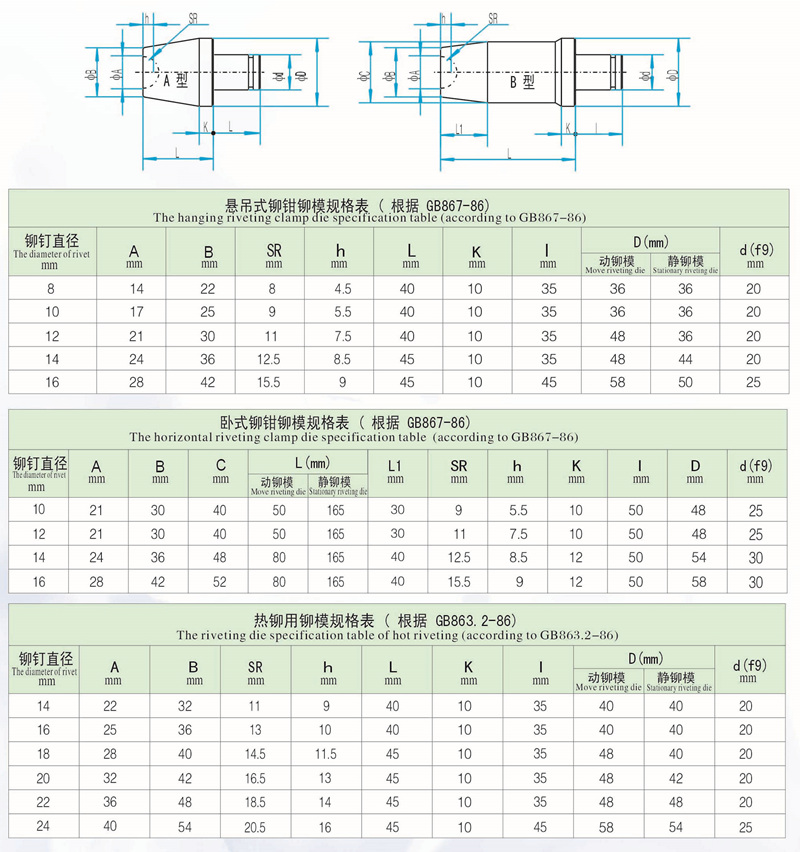 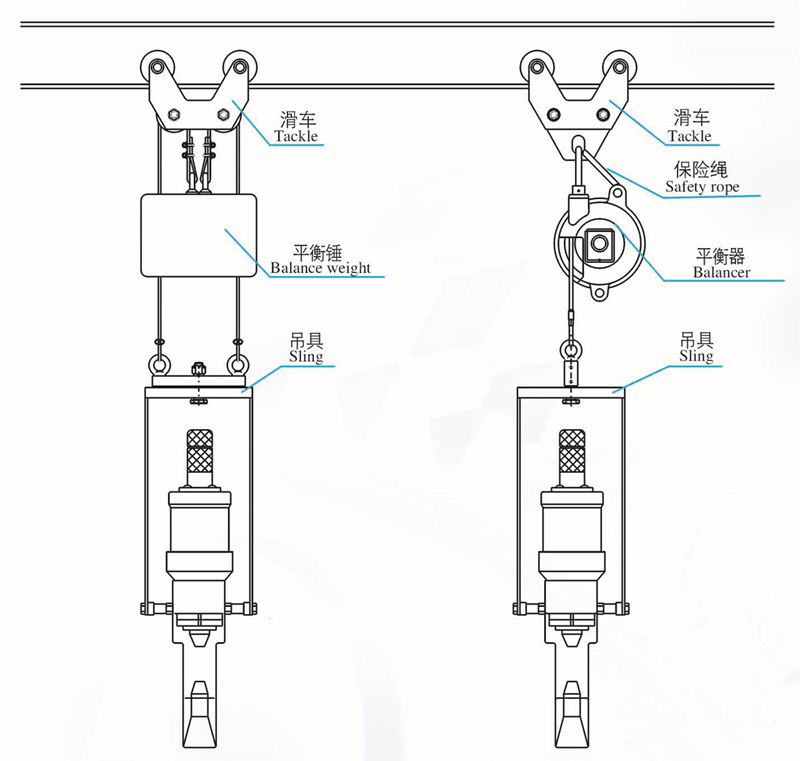 In Accordance With the different requirements of usage, the sling can be divided into several general types as the following diagram. The standard type and special type slings can be revolved 180", and they can be used to rivet the common workpieces. The crank type sling can also revolve 180", and it can be used to revolve the inclined angle workpieces. We provide the standard type sling when our products leave the factory, if the customer has special requirements, please note the specific requirements when ordering. 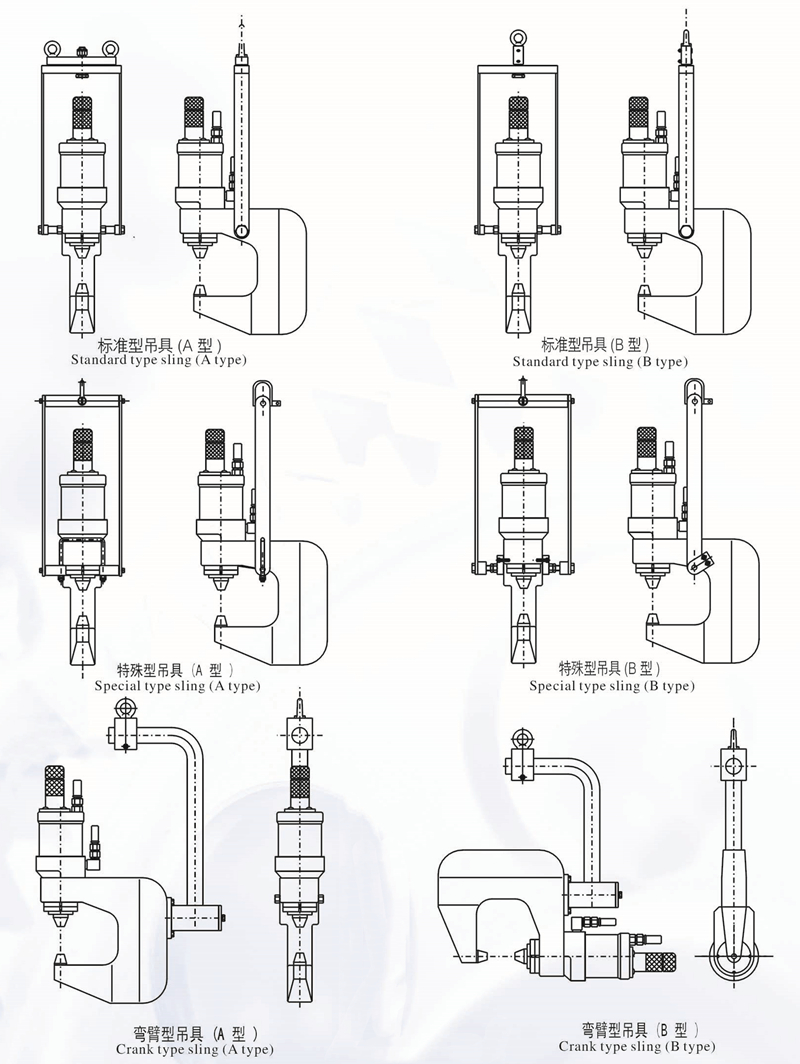 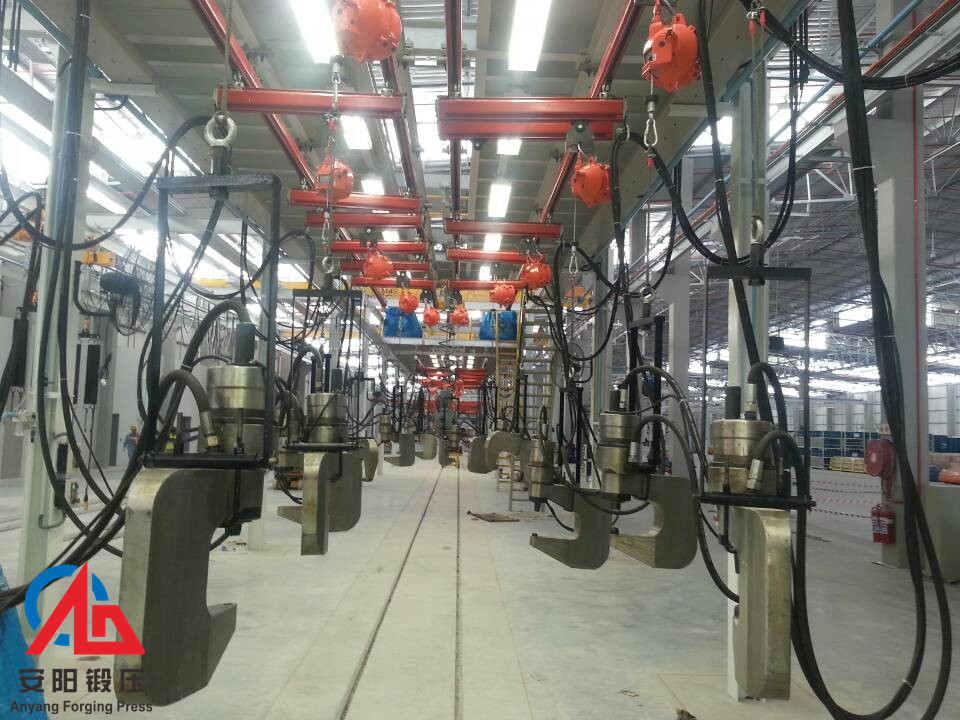 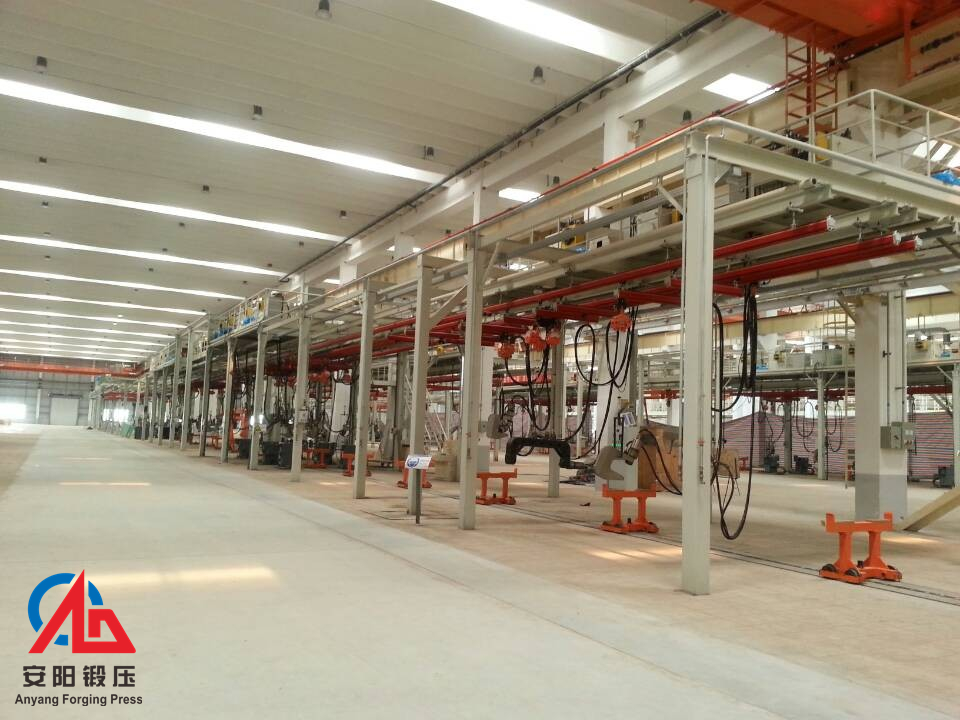